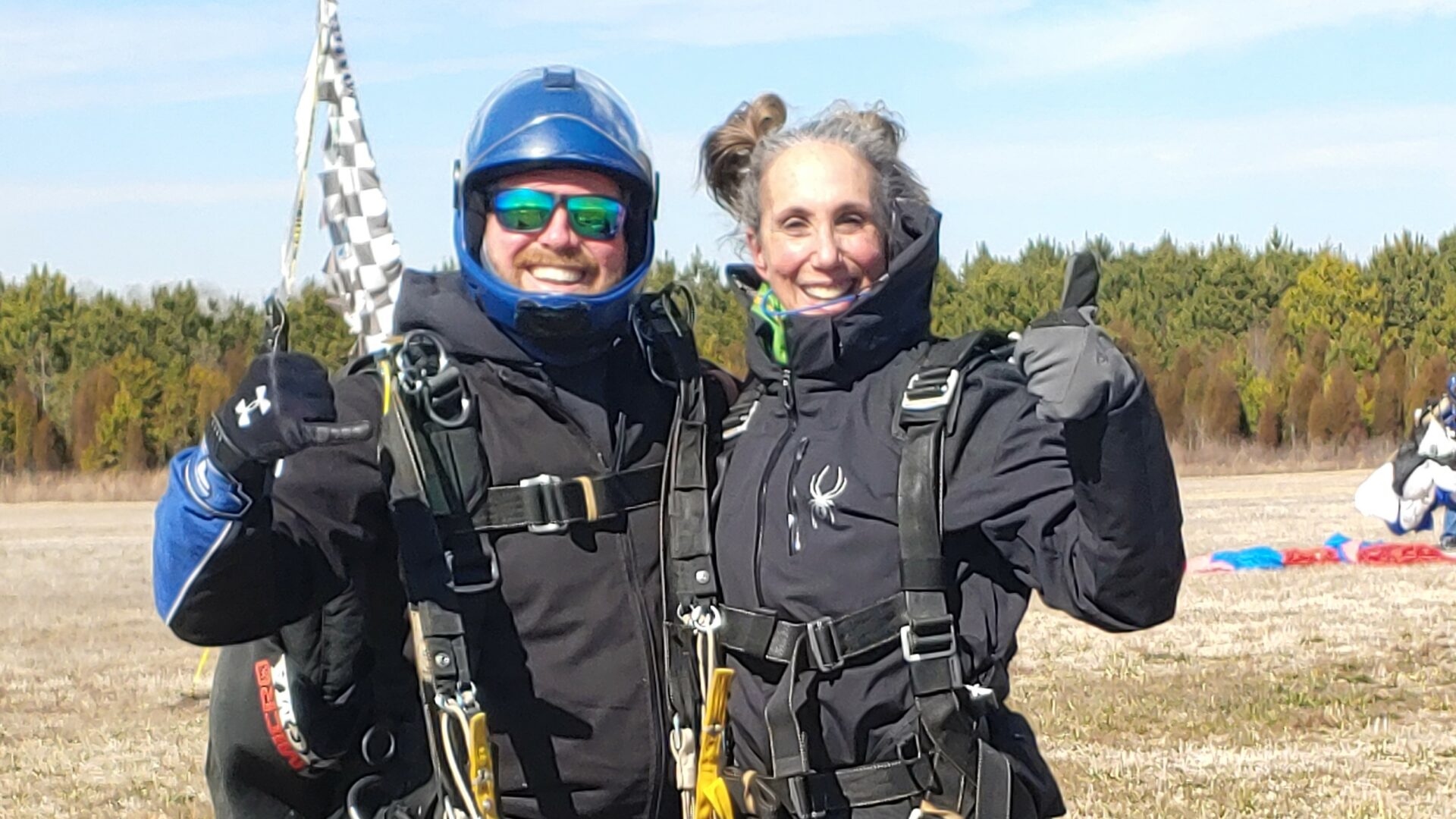 Celeste Barone had seen videos of her son, Harrison, skydiving and had always been supportive of his love of the sport.  She talked for years about doing it herself, but never actually visualized herself going through with it.  A few months ago Harrison presented her with a gift certificate inviting her to “eat some sky with him” at Piedmont Skydiving and she found her talk turning to reality.

On February 19th, she came to Piedmont to watch Harrison jump.  On the 21st she took to the skies with instructor Allen and loved it!  She was initially a little nervous, as many first-timers are, but said the instructors and the rest of the team at the drop zone quickly put her at ease.

Celeste described the experience as “awesome” and the vibe here as positive and overwhelmingly supportive. Making the experience even better was the fact that Harrison was on the same plane doing a sport jump.

Upon landing, she prepaid for her next jump and plans to return soon with Harrison, his girlfriend, and her other son, Kyle, for HIS first jump.  “So much fun,” she said.  “I can’t wait to do it again!”