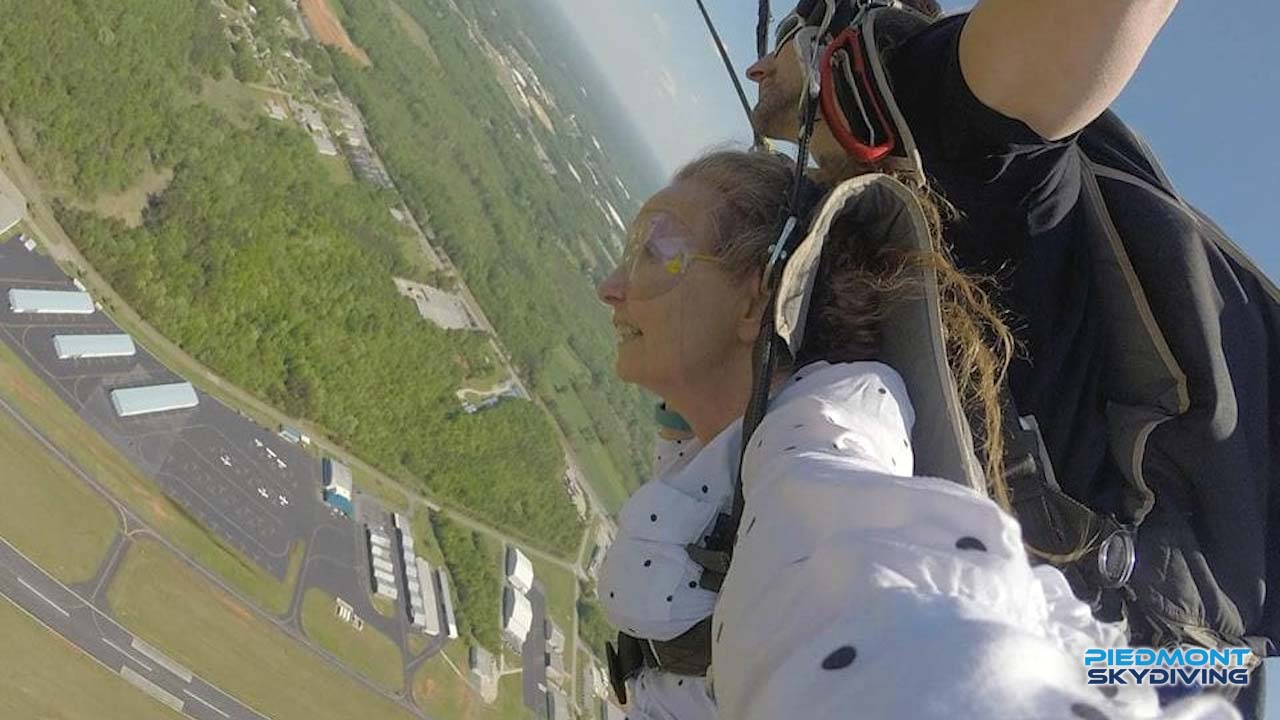 Amy Aldrich Norman and her husband, Mark, are a busy pair for sure. She works at a retirement community and he’s in higher education, and when I talk to her on their shared day off, they’re already deep into their day at 10a.m. (They’ve already been to a ribbon cutting ceremony for the Salvation Army, and they’re on the way to see their son’s new house.) These guys clearly know how to use a day to its very best advantage.

In late summer, when Mark was getting ready to celebrate his 60th birthday, they decided to do just that with his birthday: use the day to its very best advantage. The strategy? Jump out of a perfectly good airplane together. As a family, no less, with their two thirty-something sons. For the very first time, ever.

The couple originally booked their jump for the actual birthday itself, but the scheduling gods were against them. First of all, it didn’t work out schedule-wise for the two boys to come along; secondly, Hurricane Florence reared her ugly head and forced a reschedule. When the day finally came around first week in October, Amy and the recent birthday boy were both more than ready.

“I was scared, I was excited, I was all the things,” she laughs. “When we first pulled up, I was, like, what are we even doing here? And then the people came out to greet us, and they were so great.”

“I can’t say enough good things about Matt, my tandem instructor,” she muses. “He made us feel so at home. He cracked me right up. I was laughing so much that it didn’t give me any time to dwell. I would have been a complete wreck otherwise.”

Even though Amy felt well-prepared for the jump, she remembers — as most people do! — that the opening of the door was an especially dramatic and discombobulating moment.

“Matt took lots of time to talk us through everything,” she laughs, “But I was not ready when that side door opened! The wind was blowing me back, and I just thought, what have I done? But as soon as I jumped out and I did what Matt had told me to do, it was awesome. It was just amazing up there. It was like nothing I’d ever done before; like nothing I’d ever felt before, and I was just in awe of how fantastic it felt.”

The plan is for the whole family to do it together now, so watch this space for news of The Incredible Flying Normans.

“We’re both so very happy we did it,” Amy beams. “It was extremely scary at first, and then it was exhilarating. It was just fantastic. I’d recommend it to anyone.”