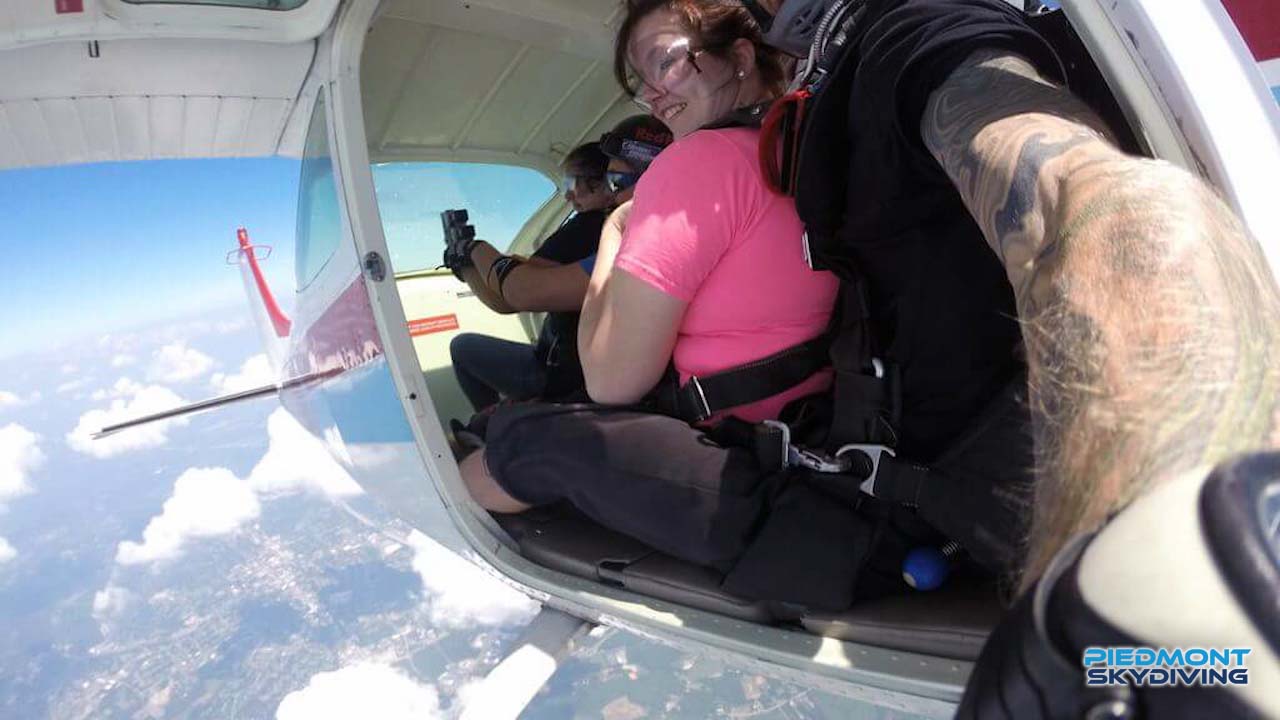 Though most of our fears are learned from experience–like snakes, or creepy dolls, or moist handshakes–acrophobia is not. It’s one of the two inborn fears that has been scientifically proven to come standard in the human brain. (The other one? Fear of the dark.) Evolutionarily, these are the two things that nature decided we really, really needed to keep a check on.

This classic study is an interesting read to prove the point. In it, brand-new babies were set on top of one of two tables, which were set up a few feet from each other. The scientists put a big piece of clear plexiglass over the gap between the tables. While the clear sheet of plexiglas was thick enough and wide enough to very easily allow the baby to crawl from table to table, that was no baby’s jam. Their brains already told them to stop or they’d fall–without any experience or instruction. (They ran the study with baby ducks, and guess what? No issues at all. Apparently being born with wings helps a lot with this.)

The moral of the story: making a skydive is a lot like being a baby, crawling over the plexiglas. Statistically speaking, you’re going to be FINE (and, to extend the metaphor, notice how secure the plexi is as you’re making your way across it). Even so, it’s a heckuva thing to make that first tentative move out into “thin air.”

A considerable number of skydivers are technically very actively “afraid of heights.” The maybe-seems-weird thing is that they don’t mind. How come? Every time they make a skydive, they know that they’re building confidence, improving their physical fear responses and creating a healthier perspective on the challenges they face in their daily lives. From that perspective, the fear of heights is actually helping them self-improve.

The other side to this is that–if you’re like almost everybody else–you really aren’t going to be as afraid as you think you are. From the door of a plane at 10,000 feet, the world below you looks very different than it does from a bridge railing or from the side of a building. From directly above, the landscape looks much like a map, with the fear-triggering sense of depth conspicuously absent. It doesn’t kick in acrophobia in the same way you experience it on, say, a bungee jump. Instead, the heightened stimulation comes from the new environment around you, with all its new sounds, feelings and smells. Don’t get us wrong–it’s intense–it’s just way different than you might think.

So whaddaya say? Are you ready to flex your fear muscle and rearrange the way you see the world? We’re ready to help!

Piedmont Skydiving is a veteran-owned dropzone is located between Charlotte and Greensboro in Salisbury, North Carolina. Led by certified instructors from the U.S. Parachute Association, we specialize in tandem skydiving at affordable prices. 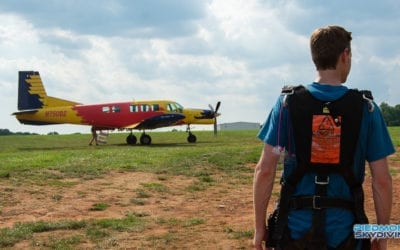 First Time Skydiving: Everything You Need to Know

The first time you do anything can be a challenge, especially if you don't know much about it. If you've never been skydiving before, it's probably safe to say that you're not an expert... yet. From selecting the right dropzone to getting the most out of your air...

END_OF_DOCUMENT_TOKEN_TO_BE_REPLACED 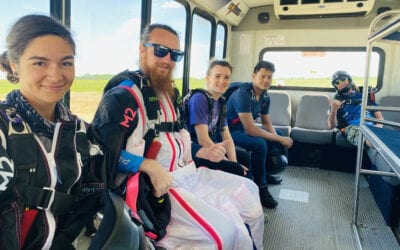 The sun is shining, the birds are singing, and the wind is light. Time to jump! But wait! How will you prepare before loading the plane? Do you have enough time? Is 20 minutes enough time to check off everything you need to do to prepare for a jump? Yes! Broken down...

END_OF_DOCUMENT_TOKEN_TO_BE_REPLACED 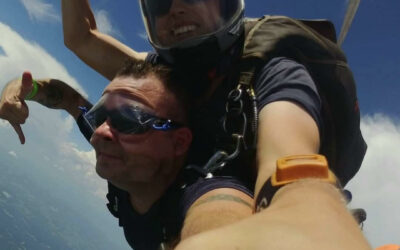 “I love adrenaline, speed, everything,” Adam Carpenter shared.  Bucket list items for him included bungee jumping and riding on an airplane.  Little did he know how special that first plane ride would be. Adam received a kidney transplant from his sister in...

END_OF_DOCUMENT_TOKEN_TO_BE_REPLACED 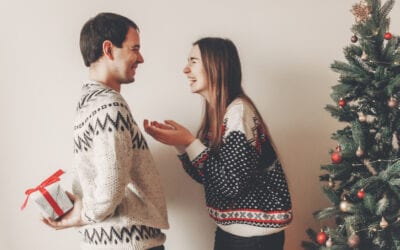 Why do we give gifts? In addition to the social rituals connected with holidays and special occasions, we give gifts to show appreciation. We give gifts to express love. We give them to apologize. And we give because it makes us, the giver, feel good. Giving a gift,...